If in doubt freeze it and kick it down the road! 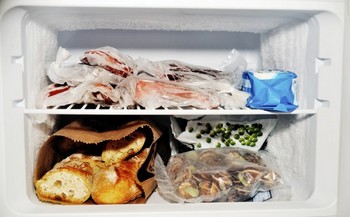 As waste charges are frozen we look at why it is like the new water charges and ways we can manage waste better and save money.

Many commentators believe that one of the main reasons for the collapse in voting during the 2016 election for Fine Gael and Labour was the way the introduction of water charges was handled.

Based on the happenings of the last few days it would appear that waste charges are the new water charges. Ultimately this is going to be a case of positive leglisation encouraging people to conserve, reduce and recycle is about to be introduced but the management of the introduction is being handled in an appalling fashion and could play a part in the downfall of this government.

Whilst many people protested against water charges some people might be of the opinion would that the silent majority were not against the principal of water charges but were angry with the way Irish water was set up, the fact that millions was spent on the installation of water meters and like the electronic voting machines under the Fianna Fail lead government ultimately it was decided that the water meters wouldn’t even be used. Finally of course water charges have been frozen and will probably be brushed completely under the sea during the lifetime of this particular government.

Similarly a case could be made that the silent majority agree with the principal of a pay per weight waste management system. After all it means you pay for what you use and in theory at least you should be able to save money if you recycle and organise your waste well. .

However the vast majority of waste collection companies appear to have got greedy and tried to take advantage of this new legislation by attempting to implement a charge system to increase their profits.

This is not a solution and merely means as a country in general we are going to continue to have little or no respect for how we use water and the amount of waste we create and how we assemble it together.

The simple solution is that private collectors should have a maximum fixed per kg charge imposed on them. If labour costs for the waste management companies is greater in Dublin than in the rest of the country this should be accounted for in the charge.

Households where nappies or incontinence pads are used should be provided with a separate bin which should be collected for free or at a very low cost. Infants should not discriminated against here as would appear to be the current plan. Either include nappies or increase childrens allowance to compensate.

This locking device can be built in to your existing wheelie bin and will prevent people from being able to access your bin and potentially adding heavy waste bags that you will ultimately end up paying for. The locking device automatically comes undone when the waste collector place it on the tipper truck.

An Irish designed product which will also discourage fly tipping but is mainly considered a product to prevent cover on lid from flying open when windy and preventing cats, dogs, birds and vermon for accessing your bin and decorating you and your neighbours garden area.

Another clever Irish designed product which allows you to easily segregate three different types of waste within the one large outer 70 litre bin. Comes in 5 different colours.

100% biodegradable and compostable 10 litre bin liners. Come on a 20 pack roll. Ideal for use with Brusti Bin.

When it comes to food waste fruit flies, bin juice and bad odours are always an issue particularly during the summer months. The Obeo which recently featured on the RTE version of Dragons Den sits conveniently on your kitchen counter top and its integrated lid and closing mechanism means bad odours isn’t a problem.

Another product which once featured on Dragons Den the Bintrasher won’t necessarily reduce your waste charges when pay per weight comes in but it will compact it better meaning less collections are necessary.

Probably the best way to reuse your paper waste is using this log maker to product long lasting paper logs that will help you heat your home during the winter months.

Designed to be placed in your fruit bowl. They absorb the ethylene gas produced by fruits which slows down the decaying process and means the food stays fresher for longer.

Works on the same principal as the discs. Useful particularly for fridge storage. Bags come in two different sizes.