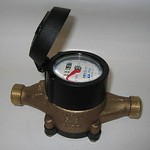 Tips on Fighting Against Water Charges in Ireland

Talk of water meters is again dominating media coverage in Ireland over the past few days after reports that the government will charge householders 300 Euro just to have them installed in their homes.

The present Irish government and its predecessors have been fumbling along for a number of years now on how and when water metering will commence. Although it is still up in the air as to how exactly it will be implemented what seems now almost certain is that by 2014 domestic water charges will be in place.

Given that the household charge was 100 Euro no matter if you owned a one bedroom apartment or a 10 bedroom mansion there is no certainty that the government will implement a fair way to charge for this. If they do however it would mean the more water you use the more you pay.

So what ways can we counter the water rates and reduce what we have to pay? Below are some tips. If you got any questions give us a call on 01 8428187 or email sales@purchase.ie

Most of us have been guilty of taking an unnecessarily long shower or running the kitchen tap for ages letting good water flow down the drain as we await the water to reach our desired temperature.

Letting water flow unused down the drainpipe really is a bit of a sin. Use a bucket or some sort of container under the tap or shower head whilst you are waiting for the right temperature. Using that water on your plants or in the garden is something we should all get used to doing.

Be more aware of the time you spend in the shower by installing a shower-timer. A great way to drop hints to our members of the household if nothing else!

Not a very attractive topic but somewhere we can make significant savings all the same as it is estimated the the toilet accounts for 40% of total amount of water used in a household on any given day. Some people swear by the phrase “if its yellow let it mellow and if its brown flush it down”

After that line I reckon I have lost a few readers so if your are still here thank you for putting up with me!

If your toilet cistern has not been replaced since the 1980s you probably use 12 litres of water every time you flush. If the cistern was installed in the 1990s a full flush probably accounts for 9 litres of water.

There are a full products available to help reduce this water. A toilet tummy acts as a cistern displacement device. Simply fill it with water and attach it to the side of the toilet cistern and save water every time you flush. If your on a budget you can always fill a mineral bottle and drop it into the cistern and it will do pretty much the same thing.

The flushwiser is an alternative water saving product for the toilet. It is installed by drilling a hole in the siphon of the toilet. The flushwiser then acts as a tap for adjusting the ballcock upwards or downwards.

If you got water leaks in your home it could cost you a small fortune when the water charges come in.

A water leak alarm will detect a leak of 40ml per minute (one drop every two seconds) or greater. Simply fit it to the water pipe in your home and if the alarm sounds check all around the house for visible leaks. If you can’t find any call the plumber to get it checked  out.

Water Saving – In the Garden

If we follow the UK example in Ireland (we still invariably tend to do this) saving water in the garden might be forced upon us rather than it being a matter of choice. In the UK they recently introduced a garden hose pipe ban. Failing to take it seriously could result in a hefty 1,000 GB Pound fine!

Installing a Water Butt Kit on the downpipes of your home is a great way to save water in the garden. The Water Butt will collect rainwater from your roof and your plants will appreciate it much more than mains water anyway!

You should also give consideration to installing a Water Saving Nozzle to your garden hose (whilst you can still use it!) This works using the same technology as the aforementioned shower head and taps and has seven different flow patterns.

Its also wise not to give your plants more water then they need. A moisture meter can be plugged into the roots of your plants as you water and can tell you when its time to stop watering.

If you got any tips you would like to share please add in the comments field below.