Response to accusation of using scare tactics and 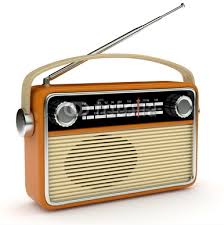 Last Friday afternoon (Sept 19th 2014) I was asked to talk about our water charge estimations on the Joe Duffy Show on RTE Radio One.

After the call was finished another caller (Mr Staunton from Ranelagh) called in and accused me of “using scare tactics and trying to frighten people”. Mr Staunton said that he has a water meter installed and gave the calculations that he feels it will cost him per year.

As I was not given an opportunity to respond on air to Mr Staunton comments I decided to contact the Liveline team today. I left a voicemail and sent an email but at this point at least I have not received a reply.

As I have no idea if Liveline will give me the opportunity to respond to Mr Staunton’s comments on air I think it is important to give you a flavour of the email which was sent to them which clarifies quite a few matters.

This certainly was not the purpose of my call. I was merely advising that unless some people don’t change their water usage habits they could get a shock when they receive their bills.

Over the course of the conversation Mr Staunton stated that water charges will be “€4.44 I think actually your man was wrong with his figures”

Mr Staunton was actually correct. I was wrong with my figures the correct figure is actually €4.88 per thousand litre.

Our revised water charge estimates can now be viewed here

Mr Staunton stated that his charges would be €133.20 based on using 60,000 litres per annum and taking into account the 30,000 litre allowance he would get.

Whilst Mr Staunton believes that he will use less water during the winter because he will not be using water for gardening he fails to take account for the fact that most people spend more time at home during the winter months and as a result are likely to use more water.

Mr Staunton said that his charges would be 133 euro per year and you can multiply that by 5 to get an accurate figure for a household of 5.

This is inaccurate for 2 reasons.

1: He was using the wrong figures to calculate cost per thousand litres

I don’t appreciate being accused of scaremongering and I think it is important to point out that Mr Staunton views are quite inaccurate.

On Liveline on Tuesday 23rd Joe Duffy confirmed on Liveline that Mr Staunton works for the political party Fine Gael. He also confirmed that I had issued a rebuttal to Mr Staunton here on the Purchase.ie website