This new PIR motion sensor night light  from Ecozone has a modern elegant design and provides a soothing amber glow when light is emitting. 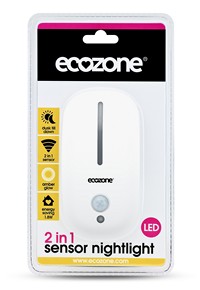 A standard night light generally uses about 7 Watts of energy per hour but this Ecozone night light uses LED energy saving technology and thus only uses 1.8 Watts per hour.

How to Use Ecozone Motion Sensor Night Light

To use this night light you simply plug it into a standard three pin socket.

It has an in built dawn till dusk sensor (CDS) which means that the light remains off during daylight hours and switches on automatically after dark.

It also has two settings automatic and on. When set to "automatic" the night will only come on which it detects movement (PIR Sensor). This can be of particular benefit in guiding you on night time trips to the loo when you don't want to disturb other members of the household.

When set to "on" mode the amber light will shine until it detects daylight. Remember though even in "on" mode the night light will only add about 2 Euro a year to your energy bill given that it is only using 1.8 Watt per hour.

Essentially this night light is over 20 times more efficient than a standard 40W light bulb. 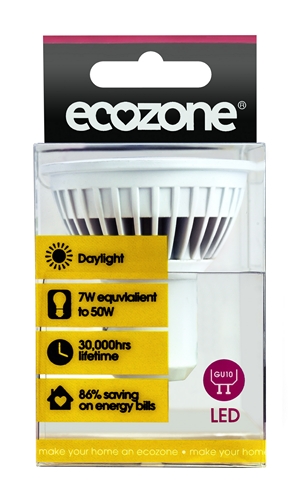 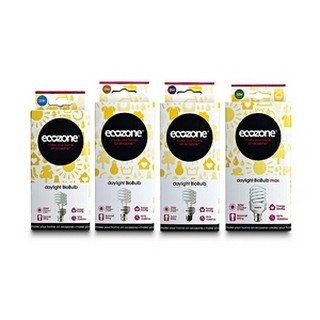