This battery operated motion sensor alarm from Kingavon will protect your valuables without the need for fussy wiring or power cables.

It works through a PIR motion sensor alarm which has a range of 5m.

The alarm has a panic button plus 3 selector modes—chime, instant & delay.

It also has an easily programmable 4 digit security code.

When human movement is detect by the PIR sensor the alarm will sound alerting you to a potential that an intruder is in your home.

To turn on the alarm you type in your pre-programmed 4 digit security number followed by the # key. The red LED will be lit for about 10 seconds indicating the alarm is turned on.

To turn off the alarm type in the 4 digit security number followed by # key. The red LED will flash indicating the alarm is turned off.

If the selector switch is set to "Instant" a loud alarm is produced immediately after detecting movement. The alarm will last for 30 seconds.

If the selector switch is set to "Delay" a soft "Beep Beep" sound is produced for around 12 seconds. You can switch off the alarm by entering the 4 digit security code during this period. If not switched off the loud alarm will sound.

When the red "Panic" button is pressed the loud alarm will sound for 30 seconds. To stop alarm during this period enter the 4 digit security number.

The PIR motion sensor alarm default security code is "0000". Every time the batteries are replaced the secret code will default back to this.

To change the secret code enter to old number for example "0000" followed by the "*" key.

You will hear a long "beep" which confirms that you have entered the correct number.

Now enter the new 4 digit code followed by the "*" key. You will hear a long beep which confirms that the new secret code is stored successfully.

This motion sensor alarm requires 3 x AA batteries which are not supplied. 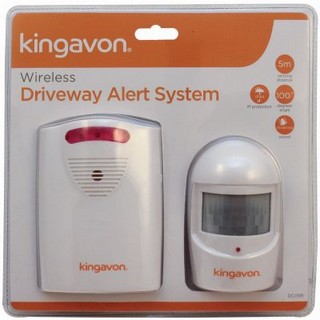 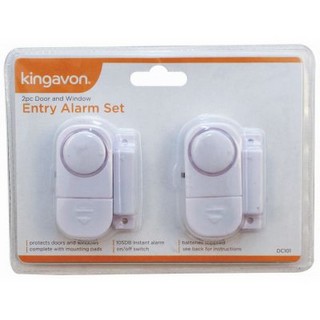