People Living Alone Most at Risk of Water Charges

If in doubt in Irish politics set up a committee and hope the problem goes away. Unfortunately for the political heavyweights that are Fianna Fail and Fine Gael the water charge issue refused to evaporate. 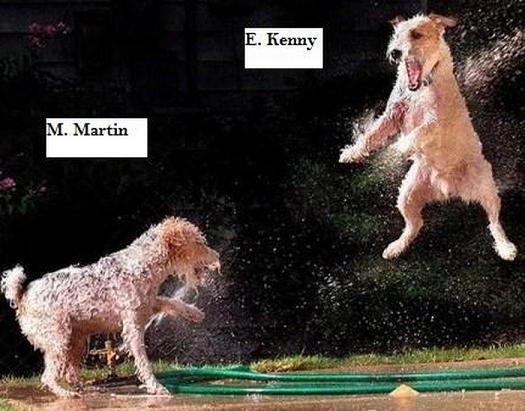 Yesterday the committee were forced to come back with yet another amendment on how to deal with Water charges in Ireland moving forward.

Like u-10 GAA players that had just taken part in a game in which nobody was keeping the score both sides rather immaturely were claiming victory when the talks finally concluded.

So after much deliberation only those deemed to be guilty of excessive water usage will pay bills.

Our findings suggest that one adult households are most at risk of classed in this category and could very well receive water bills without doing anything out of the ordinary.

The committee findings were based on the assumption that the average water level consumed per person in Ireland is 133 litres. Only those that use in excess of 1.7 times this amount (226.1 litres per person per day) will be deemed to be guilty of excessive usage and thus at risk of receiving a bill.

But is 133 litres a fair assessment of what Irish people use on average?

We have asked Irish water both over the phone and by email to provide us with a breakdown of how this figure was arrived. After much toing and froing they finally provided us with this line.

“ The 133 figure is the latest figure that Irish Water supplied to the Commission for Energy Regulation (Irish Water’s Regulator) at the end of Q2 2016. It is an average of litres per person per day. The figure includes outliers, ie it has not been adjusted for heavy water users or leaks”

When we first done our research on the matter back in May 2014 (see detailed breakdown here) we actually estimated that a one adult household would use an estimated 86,570 litres per annum.

Within this we accounted for everything from drinking water to showering, flushing the toilet to brushing your teeth.

If you divide that by 365 to get average daily usage it actually comes in at 237 litres per day which would be in excess of the 226 litres per day and thus would mean you are likely receive some sort of bill from Irish water.

As water usage is shared for things like a washing machine and a dishwasher the average water usage in a 2 adult home would be less per person. Our May 2014 figures estimated a 2 adult home would use about 150,540 litres per annum. This works out at 206 litres per day per person and thus is under the 226 litre threshold. But an outdoor tap left running for a weekend whilst you are away could very easily also push a household like this over the threshold.

In conclusion if you are living alone and only using 133 litres per day on average then do not fear. However if your usage is closer to the estimate we done 3 years ago it would appear that water charges may not have gone away unless they make efforts to conserve water. For the rest without conservation efforts you are only a moment of carelessness away from receiving a bill through the mailbox.

Our water usage figures were based on the following Assumptions

1: People drink two litres of tap water each per day in the home

2: Members of the household take 8 minute showers everyday and the showerhead releases 12 litres of water per minute.

3: All households use a dishwasher and washing machine and

4: Each household has one car that is washed at home once a month.

5: Toilets are six litre flush, each householder flush toilet 8 times per day but only 5 times a day in the home.

6: Each person in the household uses 30 litres of water per day through a combination of washing hands, brushing teeth, cooking, rinsing cups etc

7: Each household uses an average of 20 litres per day for garden and other outdoor use.

8: Figures are based on a 52 week year and does not account for holidays.

9: An allowance is also built in for visitors to your home and guests staying over.

Case A May 2014 Estimate – One Person Living Alone per annum