Designed by Powerplus and also known as the Tuna this Solar or USB powered water bottle LED Lantern is made from a Tritan material.

The Tuna Solar Water Bottle Light using what is known as the SODIS method of (Solar Disinfection).

Basically what this means is that UV-A rays in sunlight will kill any germs such as viruses, bacteria and parasites (giardia and cryptosporidia) when the water bottle is filled and left in the sun for 6 hours. 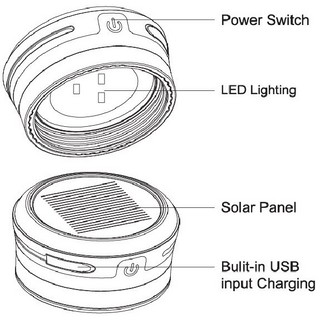 The bottle can take up to 600ml of liquid and the light will charge either through the solar panel at the top of the bottle or through the built-in USB input charge facility.

The bottle emits a beautiful lighting effect when the bottle is filled with a coloured liquid. There is also a handy built in hanger on the bottle.